Dear Friends,
The year passed so quickly – and I have so much to be thankful for! For all of you being in my life as fans, supporters and friends, and for my little baby girl, Nala-Emily, who has been teaching me how to live in the moment and how good it feels to start and end the day with a cuddle and a smile.
The year began with Nala-Emily still growing inside of me until her birth at the end of January. Up until that time she had been hearing the sound of the alphorn as I continued to rehearse and play throughout my pregnancy, and then in March she saw me play for the very first time at the opening of the Baselworld Watch and Jewelry Show.
March also saw the beginning of rehearsals for the Livia Anne Richard’s Freilichtspiel in Zermatt, “Matterhorn: No Ladies Please!”. Richard’s play told the story of Lucy Walker, the first woman to climb the Matterhorn, and was a timely piece on the strength of women and how they often have to defy cultural norms to make a place for themselves.
I was honored to be able to write the music for the play and take on a guest role. Four nights a week from July to August, the other actors and I stood out on the open-air stage delivering our lines and watching the radically shifting moods of the Matterhorn as the weather changed. Life in the mountains gave me a calm and rootedness that remains with me today, like opening a window and letting the air sweep the spirit clean!
For anyone who wants to know what that feels like, in cooperation with the Matterhorn Lodge I’ll be hosting an Alphorn-Jazz Workshop in September 2020 in Zermatt. You can reserve a spot by going to: www.eliana-burki.com/workshop. I’ll see you there.
And speaking of spirit: Herbie Hancock once said that “the spirit of jazz is the spirit of openness”. I was lucky enough to be a part of that openness twice this year at the Jazz Rally in Dusseldorf and the Viersen Jazz Festival, two incredible venues where bands from all over the world are invited to play.
There were unforgettable moments at both festivals in Germany, but definitely one of the most unforgettable musical moments this year occurred in Brazil, where I was invited to play with the chamber orchestra Camerata Florianopolis and the Brazilian rock band Dazaranha. The first rehearsal with the band took place in an old water tank they’d converted into a studio. The tank was so small that only part of the alphorn fit inside, so I had to stand outside and play while monkeys jumped in the tree branches overhead. Dazaranha, by the way, rocks! And the people in Brazil are so warm and open hearted.
None of these projects would have been possible without the help of some amazing organizers, musicians, my sponsor Juralphorn Suisse, my friends, my family and my partner. Right now he and I are in Cape Town, him writing and me trying to turn those melodies, chord changes and scribbles of poetry that I’ve kept throughout the year in my notebook into the beginnings of a new album. I’ll keep you all posted!
In the meantime, I wish you all a Merry Christmas and a Happy New Year! May you find what you love and, as the poet Mary Oliver says, “keep some room in your heart for the unimaginable”.
Much love,
Eliana 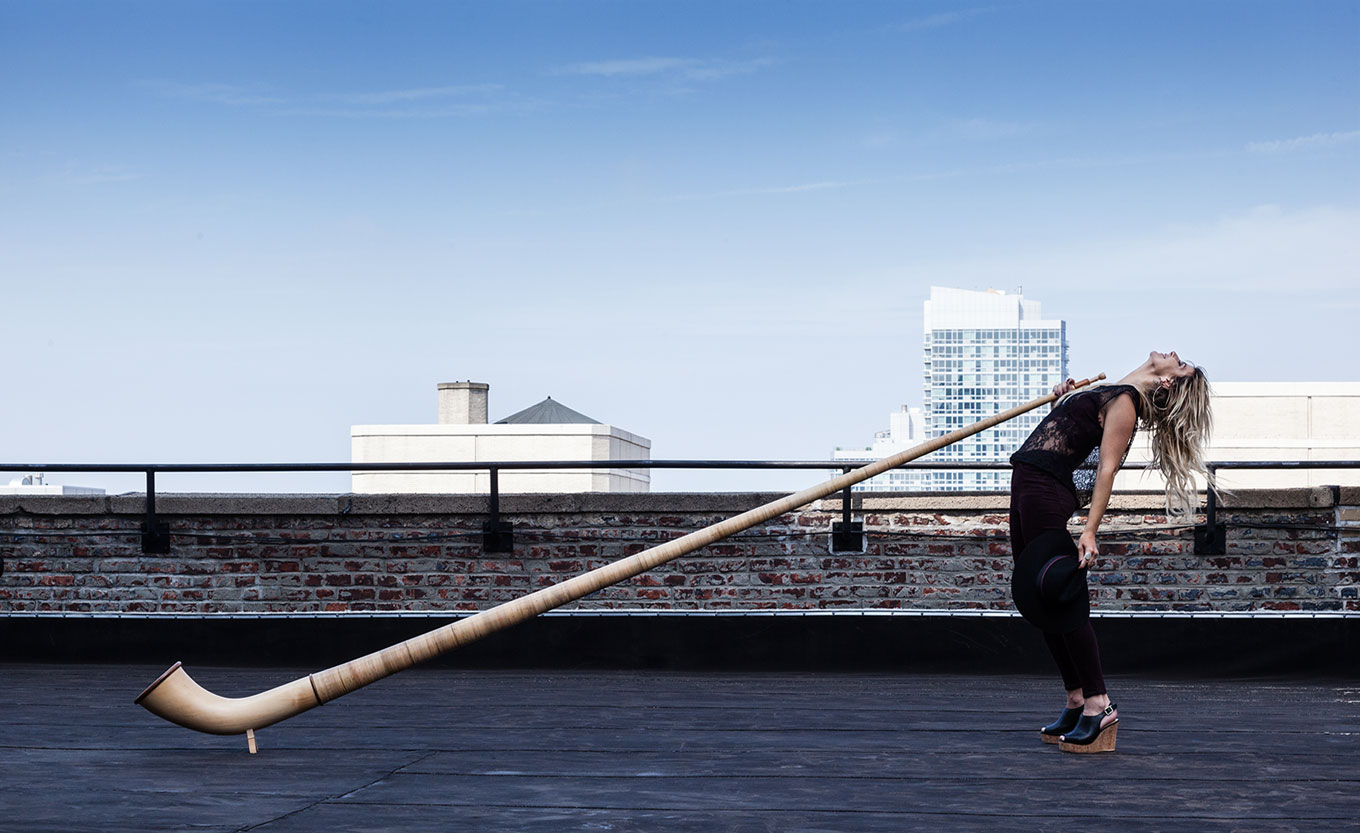